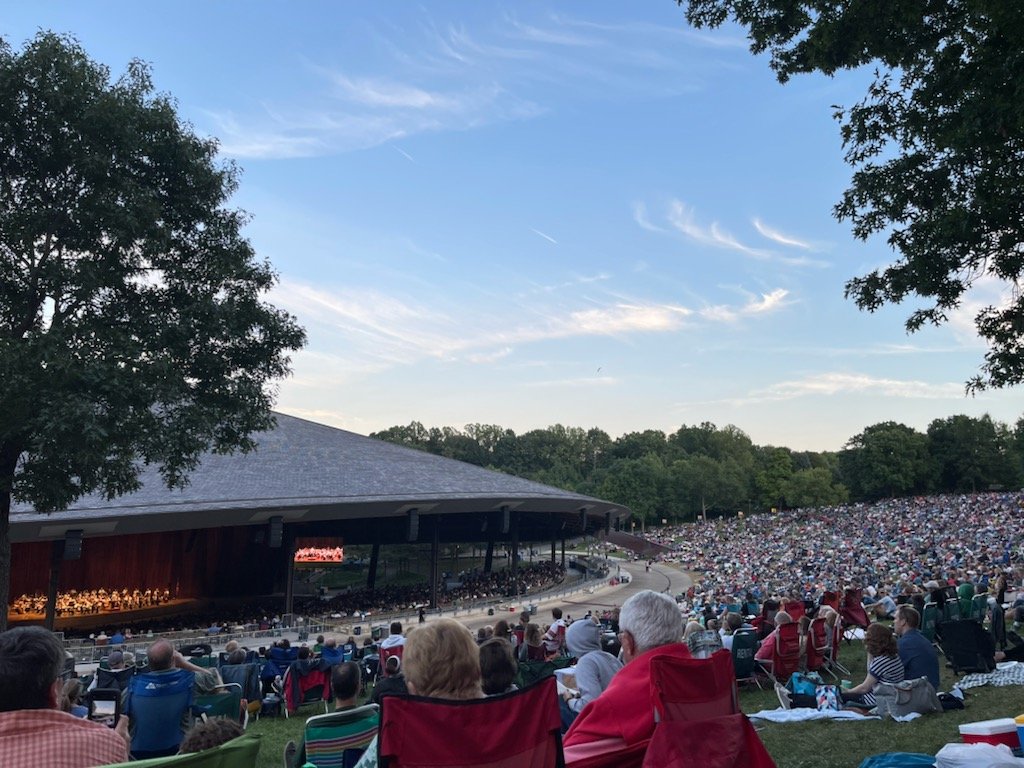 The Cleveland Orchestra spent their second-to-last weekend at their seasonal home, Blossom Music Center by performing a ‘Salute to John Williams,’ arguably (dare I say inarguably?) the greatest film composer of all time. Decorated with five Academy Awards and 51 nominations (second only to Walt Disney) to go along with his 25 Grammy’s, Williams has composed all but five of the scores for legendary film director Steven Spielberg’s films

Spielberg once said, “Without John Williams, bikes don’t really fly, nor do brooms in Quidditch matches, nor do men in red capes. There is no Force, dinosaurs do not walk the Earth, we do not wonder, we do not weep, we do not believe.”

So true. Try watching E.T. or Superman soar with the volume on mute; watch the first glimpse of the dinosaurs in Jurassic Park sans music and see if the excitement level is as high; or sit through Schindler’s List without Williams’ score and see if it evokes the same emotions.

As this writer swiped down through the digital program, my smile grew bigger and bigger. For someone that has seen so few movies in my lifetime, I knew every one of these pieces slated to be performed. There was one glaring omission that was not listed in the program, and I would be lying if I said I wasn’t terribly disappointed that I wouldn’t get to hear. (More on that later.)

Watching the orchestra warm up before the performance reminded me of my days playing trumpet in my high school orchestra. During our designated warm up time, I was more interested in swooning over the eighth chair violinist, hoping to gather up the courage to ask her to Homecoming, than making sure my instrument was tuned properly.

Williams himself was scheduled to come to Severance Hall and conduct the orchestra in April of 2020, but of course, COVID forced a cancellation. This evening, guest conductor Richard Kaufman, who notably played violin on six of Williams’ score recordings, was more than up to the task of representing John. The two have a longstanding friendship, of which Kaufman spoke of several times throughout the evening.

The performance began with Olympic Fanfare and Theme (the only non-film score performed) that was recognizable to virtually the entire audience.

After being met with appreciative applause, Kaufman stepped down from his podium and gave an introduction to the program. He noted that tonight’s performance was not only a celebration of Williams’ music, but that the whole Blossom schedule for the orchestra is a celebration of being able to collectively gather once more and enjoy live music after a COVID-stricken 2020.

Kaufman discussed how both he and Williams were fascinated by the Superman comic strips during their formative years, and that connection is what enabled Williams to write the magnificent pieces “Love Theme” and “Superman March” from the film that starred Christopher Reeve.

The theme from Fourth of July preceded the theme from one of Spielberg’s greatest achievements, Jurassic Park.

After performing “A New Beginning” from the film Minority Report, Kaufman noted, “That’s not an easy to piece to play. They [the orchestra] are amazing!”

The 80’s were alive and well with two numbers from the Indiana Jones series (“Marion’s Theme” from Raiders of the Lost Ark and “Scherzo for Motorcycle and Orchestra” from Indiana Jones and the Last Crusade); crowd favorites for those over the age of 40, and an introduction to the pieces for the youngsters in the audience.

Part One concluded with Flying Theme from E.T.: Extra Terrestrial. I still remember this music fondly from my childhood. I have vivid memories of loading the VHS into my family’s top-loading VCR many times.

Part Two of the program began with “Flight to Neverland” from one of this writer’s favorite childhood movies, Hook. Again, imagining this particular scene from the film without Williams score makes it so much less convincing; so much less magical.

Next, Kaufman introduced the main theme from Schindler’s List. He told a true story of how Williams and Spielberg watched the then score-less film together and how after contemplating, Williams told Spielberg that he would need a much better composer than himself to do the film justice. “I know. Unfortunately, they are all dead,” was Spielberg’s reply. The audience laughed and applauded.

Featuring a hauntingly beautiful solo from concertmaster Jessica Lee, the beautifully somber music from the film was one of several highlights on the evening.

“Harry’s Wondrous World” from Harry Potter and the Sorcerer’s Stone followed. Based on the audience reaction, I’m convinced I was the only one in attendance who has never seen a Harry Potter film.

The program continued with “If We Were In Love,” from the epic flop Yes, Giorgio. Kaufman joked about how awful the film was, noting that “both people who saw it are probably here tonight.” Kaufman continued to tell a fascinating story of how Williams had left the score of the instrumental version in his office as both were moving offices, and how he took the score home so it would not be discarded. Years later, he told Williams he had the score, to which Williams replied that he didn’t even have the music himself. Kaufman joked that he agreed to make him a copy, once again drawing laughter from the audience.

Kaufman introduced “Shark Theme” from Jaws by asking the audience if anyone had seen the film, then walked up to the ocean’s edge and saying, “NO WAY!”

Three Star Wars numbers closed out the evening: “Forrest Battle” (Star Wars: Return of the Jedi), “Han Solo and the Princess” (Stars Wars: The Empire Strikes Back), and the Main Title theme from Star Wars: A New Hope. The lawn illuminated with toy light sabers and those in attendance dressed in Star Wars themed shirts could be seen smiling and head bobbing.

As for the glaring omission from the program that I mentioned earlier? Kaufman jogged back to his podium, raised his baton, and the Orchestra started their encore, my favorite Williams tune, “Raiders March” (aka “The Indians Jones Theme”) from Raiders of the Lost Ark. Of course, this was planned the whole time! What show honoring John Williams would be complete without arguably his most recognizable composition? What a perfect ending to the program!

Kaufman and the orchestra members took their final bows before giving way to a spectacular fireworks display to cap off a memorable evening. As beautiful and bright as the fireworks display was, they failed to match the beauty of Williams’ music as performed by one of the most revered orchestras in the world.

The experience of seeing the Cleveland Orchestra is so much different (and frankly, better) than the typical mainstream concerts put on at the venue throughout the season. From it being permissible to bring in any food/beverage one desires, to less restricted rules on chairs (and tables!) on the lawn, the absence of an invasive security check, socially distanced pavilion seating and, perhaps the best part, the lack of dozens upon dozens of bozos in front of you trying to record the entire concert on their cell phones or yacking through the entire show! 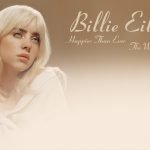