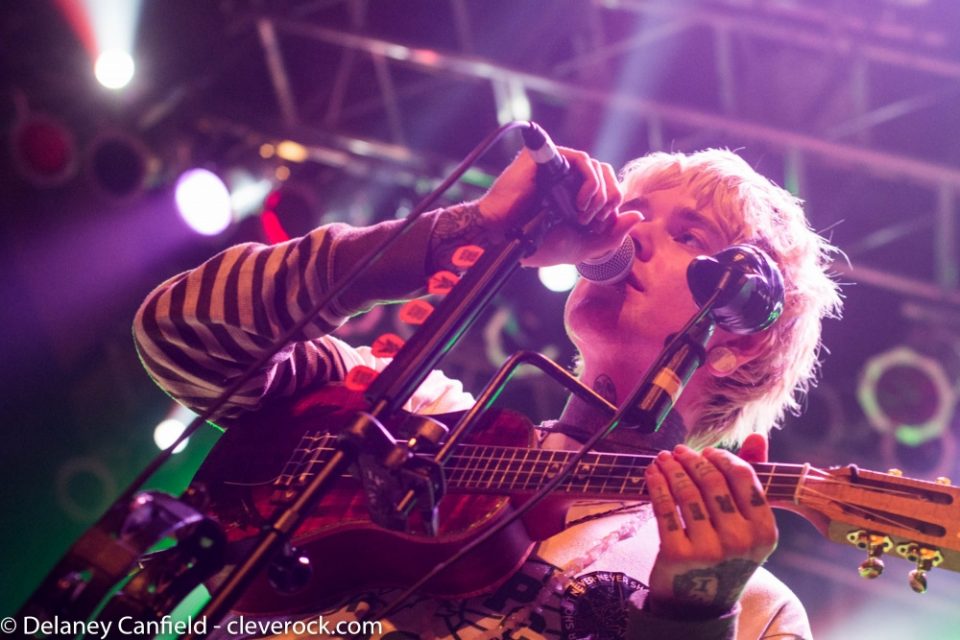 If there’s one thing that bands can’t rival with when they come to Cleveland, it’s definitely the weather. While Wednesday’s (2.10.16) blizzard was a force to be reckoned with, dedicated fans still made their way to House of Blues for Never Shout Never’s Black Cat Tour for a night of music and good vibes.

Christofer Drew, being the laid back fellow he is, began the night by casually strolling on stage, clutching his guitar in one hand and a bottle of wine in the other. If this was not the clearest indicator on what a chill night it would be, I don’t know what was. Before the first song even started, fans sang “Happy Birthday” to Christofer (even though his birthday is actually the following night) as he laughed and took another swig of wine. Drew kept interactions with the audience going all night; at one point obliging a fan’s request to take home his kazoo as a souvenir.

The group decided to spice up the night a little by adding a fun spin on a classic favorite. For the hit song “Trouble” off of the 2009 EP ‘Me and My Uke’ the group changed the structure a little bit to give it a funkier reggae feeling that kept the chill vibe of the night alive. With the addition of a piano player on this tour, the band sounded much more full. Some fun and creative rifts were added to make the songs a little more spunky as well.

The chill factor was interrupted at one point with a loud, energetic cover of The White Stripes “Seven Nation Army” featuring Pete Burton, lead singer of opening act Me Like Bees. Though the song got fans jumping, clapping and singing along, the chill vibe was quickly restored when the band followed it with the sing-songy tune, “Coffee and Cigarettes.”

The only disappointment of night was simply how short Never Shout Never’ set was. With four total opening bands, Never Shout Never only played a set of only about 12 songs, much shorter than most headliners play nowadays. Nevertheless, fans still left with catchy tunes stuck in their heads and smiles on their faces after a lovely night of music.