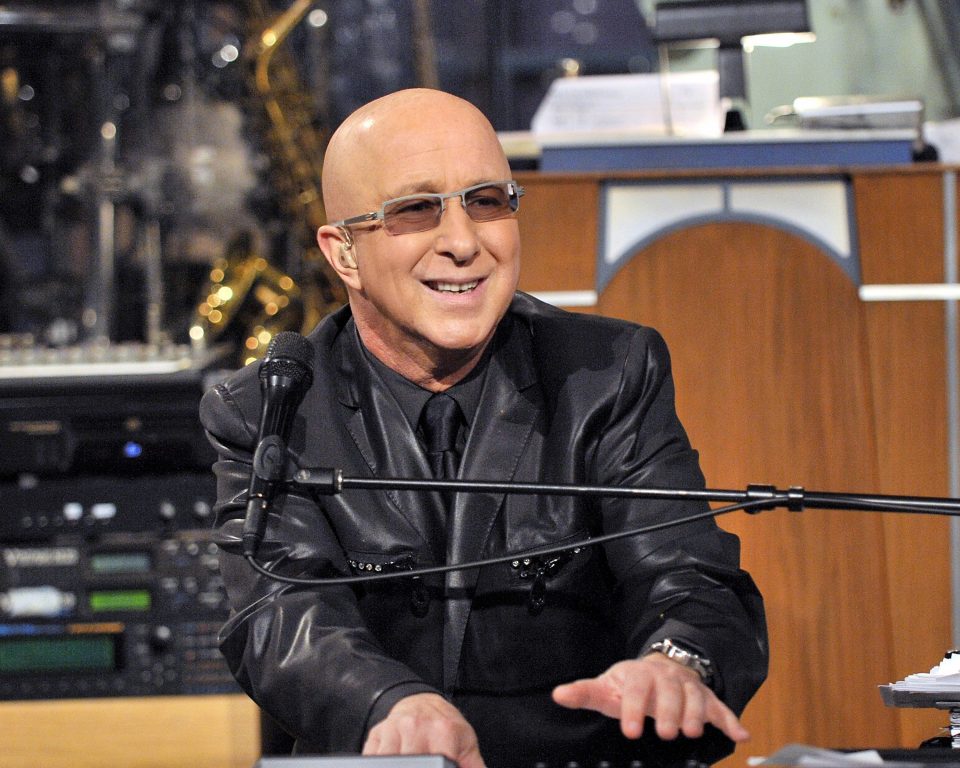 Best known as the musical director and funnyman-sidekick to the incomparable David Letterman for 33 years, Mr. Paul Shaffer is returning to Cleveland for two events at Cuyahoga Community College (Tri-C) on October 13 + 14.

The event on Sunday night (10/13), which is open to the public, is titled ‘Paul Shaffer In Conversation With David Ritz’.

Ritz, a co-author of 36 books including the autobiography of Shaffer, Willie Nelson, and Ray Charles, as well as an established lyricist, co-credited for Marvin Gaye’s “Sexual Healing” along with tunes by Janet Jackson and Smokey Robinson, will be interviewing Shaffer. Naturally, Paul will have his piano in tow and be performing music at the event as well.

This event is one of a kind one-off for Schaffer. He is not on tour; rather he is performing in support of Tri-C’s Gill and Tommy LiPuma Center for Creative Arts.

The Sunday event is a private class for select Tri-C students and will not be open to the public.

In a recent phone interview with CleveRock.com, Shaffer explained:

“I was a friend of Tommy’s towards what turned out to be the end of his life. He was so vital in producing records up until he had to go into the hospital. I became friendly with him because we were sort of neighbors. We never got to work together. He almost hired me for a project that didn’t come to pass, but I’m still friendly with his wife, Gill,” Shaffer said. “Over dinner, Gill told me they’ve had some guest lecturers and speakers at the school and asked if I would do one. Of course, I said yes, unconditionally, and this is it!”

LiPuma, who was born and raised in Cleveland, is one of the most successful pop and jazz producers of all time with 33 gold and platinum records to his credit, 33 Grammy nominations, and three Grammy awards. He has produced for legendary artists like Miles Davis, Sir Paul McCartney, Natalie Cole, Barbra Streisand, George Benson, Al Jarreau, Diana Krall, and David Sanborn, to name a few.

Shaffer said the format for Saturday’s event is similar to his current broadcast project, ‘Paul Shaffer Plus One,’ which airs as a 60-minute program on Sirius XM and a 30-minute edited-down program on AXS Television.

“We have instruments so we go back and forth from music to dialog. That’s what we’re going to be doing, except David is turning the tables on me,” Shaffer explains.

Paul was asked to spill the details on his ‘Paul Shaffer Plus One’ show:

“So far, the show has been classic rock-oriented. My first guest was Joe Walsh, then Graham Nash, Sammy Hagar was the third show, and the fourth show is Billy Gibbons from ZZ Top,” Shaffer said. “As I was explaining, the hook is that, in the case of Billy Gibbons, he has a guitar and I’m sitting at the piano and, as soon we start we’re off to the races, playing and singing. I ask him about legendary questions like ‘did you really open for Hendrix?’ And he goes into Hendrix stories, which for me, is amazing, as a Hendrix fan. He actually shows how to play the opening of ‘Purple Haze.’ When he plays on the guitar it’s like, ‘that’s how it’s done!’ That’s sort of an example of things we get into on the show.“

His two-day stint at Tri-C will not be Shaffer’s first time in Cleveland. Ever since the Rock and Roll Hall of Fame inductions returned to Cleveland on alternating years, Shaffer has served as the program’s musical director each time Cleveland has hosted the event. Paul has nothing but praise for the Rock ‘n’ Roll Capital:

“I have loved being involved in the induction ceremonies that have taken place in Cleveland because it is a vibe that I have never experienced anywhere else. Cleveland seems to be a hub for Mid-Western… Is Cleveland Mid-Western?”

“…A hub for Mid-Western rock and roll. The hotel I’ve stayed in every year, people come in from everywhere to see this show. The whole weekend becomes about the show. It’s a lot of fire for that reason,” he said. “Now you have the added bonus… Well, here in New York, it’s in Brooklyn at the Barclay Center, so you have the same thing start to happen here, but it started in Cleveland where the show is now open to the public. There are tables on the floor for your music business people, but everywhere else is public fans, and it puts the whole show into another class. Cleveland has always been a positive experience for me there.“

Having been a staple on late-night television for nearly four decades, performing in the ‘Saturday Night Live‘ house band from 1975 – 1980 and being paired with David Letterman on both ‘Late Night with David Letterman‘ from 1982 – 1993 on NBC, before following the host to CBS’ ‘Late Show with David Letterman’ from 1993-2015, Shaffer was asked to share a couple of humorous stories of behind the scenes miscues from his late-night TV run.

“Well, one thing, of course, I always think back to the times that I screwed up,” Shaffer said with a laugh.

Paul shared a story of a time Anthony Newley appeared on Letterman’s show during a segment called ‘The Theme for Viewer Mail.’

“Anthony was going to sing a bit of our theme and then segue into something that I had actually come up with, with a writer, where he would start to sing about the Viewer Mail Clown,” Shaffer recalled. “I somehow modulated into the wrong key; too high; way too high for him. His ear was so good that he sang; he followed me, and now he’s singing in a key that’s a fifth too high. He goes for this high note and I don’t know how, but he hits it. It was just amazing. I felt so bad afterward. We hear him going backstage and what I hear from him is “fuuuuuuck!” He screams as loud as he can, because I fucked him up on live television. I felt so terrible that I wrote him a letter and I really apologized for all it was worth. He wrote a very nice letter back saying that he hit a note that only dogs in West Cheshire could hit, or whatever he said. It was very kind of him.”