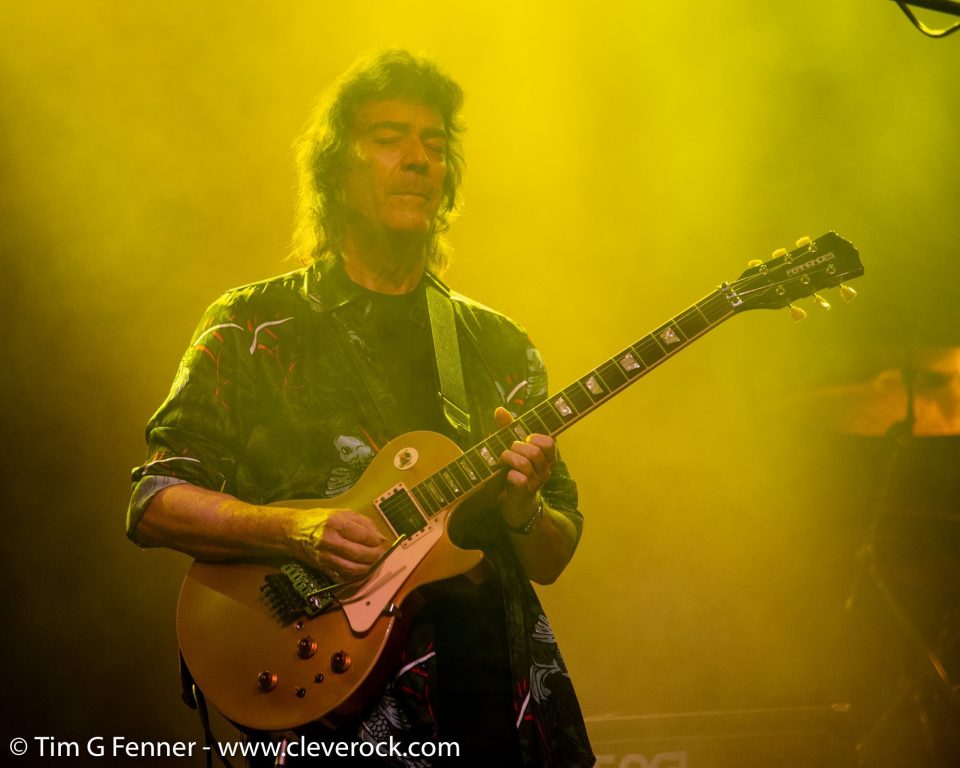 Steve Hackett was the lead guitar and vocal for the powerhouse English Art Rock Band Genesis from 1971 (“Nursery Crime“) to 1977 (“Trick of the Tail“).  On October 2nd 2019 Steve Hackett and his band performed his Genesis Revisited – Selling England by the Pound show at the Cleveland Masonic Temple.  Hackett was last in Cleveland at the Hard Rock Rocksino (now the MGM Northfield Park – Center Stage) on 12/3/14 and 12/4/15.

Being a long time Genesis fan and seeing them play a few times in the 70s, I was very anxious to see Steve Hackett solo, especially if he was going to play the entire “Selling England by the Pound” album. I have personally listened to that album about 5 or 6 hundred times.  Band members include:

This was the first show I had seen at the Masonic Auditorium. Build in 1921 this classic auditorium was a great venue for a mid size show like this.  The 2,200 seat auditorium has great acoustics and very easy to park, enter and leave so staying for the whole show does not get you caught in a jam when you leave.  The stage for this show was very simple with no backdrop or props but when the show began the lights came on and very tastefully complemented the show perfectly.

Hackett opened up the first set with songs from two of his twenty five studio albums.  One album which was his first very successful album was the 1979 “Spectral Mornings”.  The second album is his latest one, “At the Edge of Light” which was release earlier this year, January 25, 2019.  Two very progressive albums and the songs played at the show were complex and played amazingly well by Hackett’s band.

Set two featured the entire “Genesis Selling England” by the Pound album including a bonus song that was written but never added to the original album and never performed live before this tour.  As mentioned this particular album is very familiar to me. Hackett and his amazing band played it perfectly.  The lighting was excellent complimenting the music perfectly.  The audio was clean, powerful and sounded great. The experience of these great musicians shined.  Rob Townsend covered sax and flute perfectly.  Roger King played keyboards flawlessly.   Craig Blundell did an amazing job with drums and Nad Sylvan’s vocals gave the illusion that Peter Gabriel was actually in the house.

There appeared to have two generations of fans in the audience.  Both showed their enjoyment with several standing ovations.  I personally saw the show with my son who has always admired the music of Genesis and he seemed very impressed with the skill these performers displayed playing all these great songs so flawlessly.