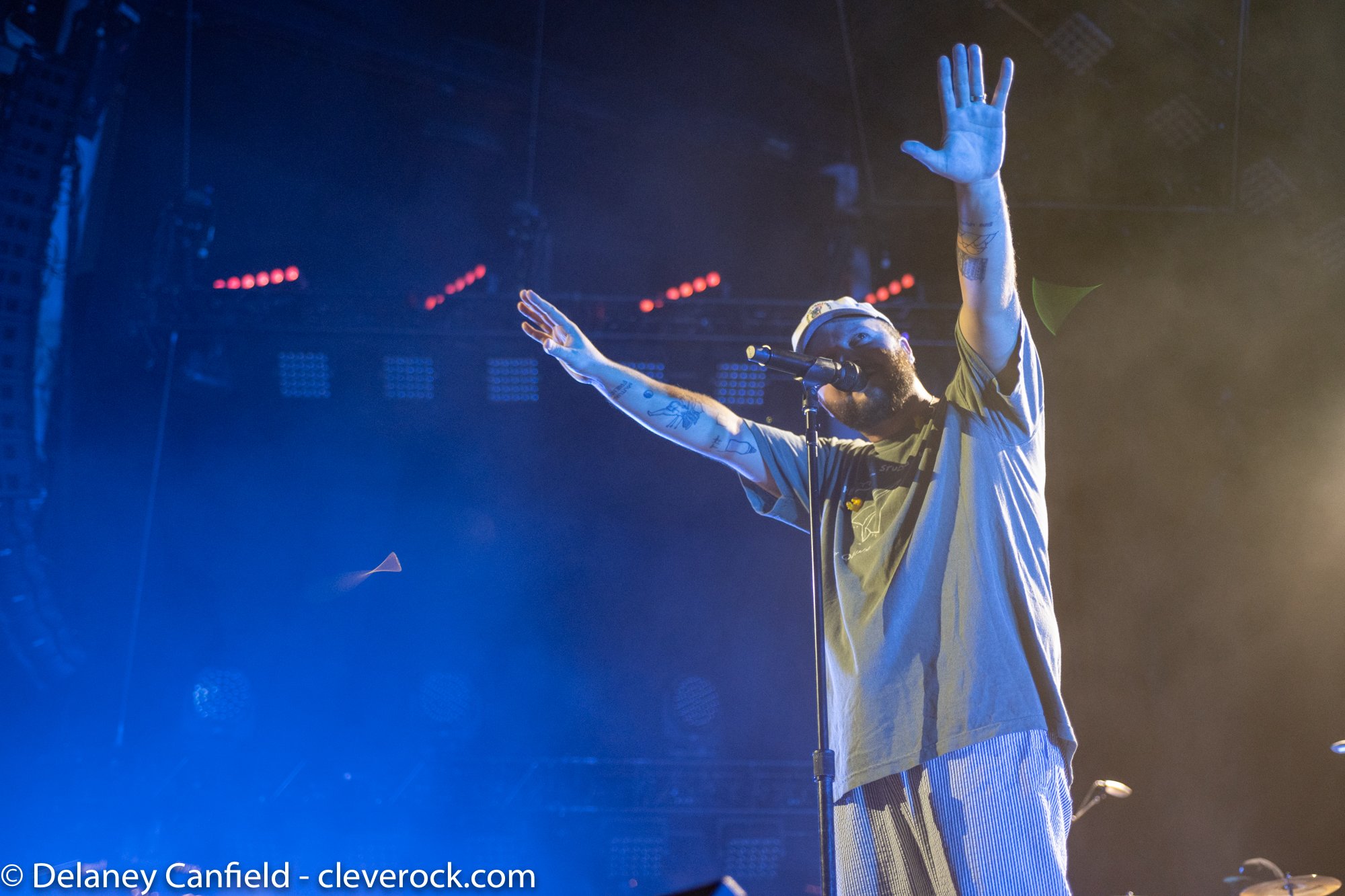 In my approximately 25 years of attending concerts, it never fails that every show has some doofus in the audience that was brought along by someone else, won tickets from a radio show, or was just trying to be hip by checking out an artist that is presently all the rage. For the first time, on this beautiful evening along the banks of the Cuyahoga River, I am that doofus. I probably have a better excuse than most. I run a website dedicated to bringing Clevelanders photos and recaps of as many major concerts possible; and a packed house at Jacobs Pavilion at Nautica to check out Quinn XCII (“Quinn 92”) and Chelsea Cutler certainly qualifies as coverage worthy.

Cutler preceded Quinn, sporting ripped jeans and an Iron Maiden shirt while showcasing some powerful pipes. She was joined onstage by only a keyboard player and a drummer who evidently lost his shirt in a pre-concert poker game, allowing Chelsea to let her talents shine. What her drummer lacked in clothing, he certainly made up for in his mad skills behind the kit. I had to check the time as she was wrapping up her set (which lasted almost exactly an hour) as time flew by as she performed. (Luckily, we hadn’t seen the last of her for the evening!)

Typically, this concert reviewer prefers artists to be on the road without new music to promote. (You know….unless said new music meets or exceeds expectations, but how often does that happen?) On this tour, Quinn XCII (born Mikael Temrowski) has not one, but two new records to promote since last time he was out on the road. ‘Change of Scenery II’ dropped earlier this year (03.05.21) and ‘A Letter to My Younger Self’ was released in July 2020. For Quinn, this isn’t such a big issue because his debut LP, ‘The Story of Us,’ was released a mere four years ago in 2017. Damn, this kid has been busy. Many of my favorite acts take four years or longer between albums; Mr. XCII has put out four albums in that span.

Early on in the set, this uninitiated reviewer was struck by the fact that Quinn could perform multi-genres in back-to-back tunes, or sometimes even within the same song, blending hip-hop, reggae, and soul. Proud to hail from Detroit, Quinn sounded nothing like The Temptations, but a hint of Motown influence could be heard in his music.

A chant of “Here we go, Brownies / Here we Go!” (WOOF WOOF) oddly rang out through the crowd towards the end of the set. Quinn’s hometown of Detroit and their football team, the Lions, are not a rival (and currently not a threat) to the Cleveland Browns; the Browns are coming off a defeat to Kansas City, and even for Browns fans, it’s still a few days early to be tailgating for Sunday’s game. So, why the heck were Browns cheers ringing through Nautica? AH! Starting quarterback Baker Mayfield was in attendance and presumably spotted by those who started the chant.

Not even a Week 1 loss could dampen Mr. Mayfield’s spirits, and that’s a very good thing!

For his encore, Cutler returned to the stage as the two performed together. This unfamiliar doofus left a fan; looking forward to the next show.