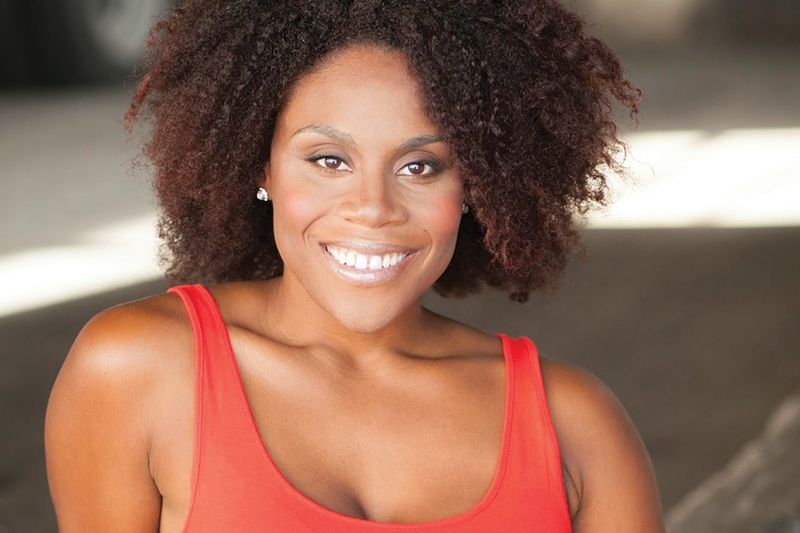 Playhouse Square welcomes back major Broadway productions beginning October 1 with Disney’s The Lion King! (The timeless show will be in town for a limited, two week run, ending on October 15.)

CleveRock spoke with cast member Martina Sykes, who plays Shenzi, a hyena in the touring production.

A native of St. Petersburg, Florida, Martina has been in rehearsals for the restart of The Lion King in the less-hot Cleveland since September 7. Her time in Cleveland is primarily work, but she does enjoy spending time at The Nine and has had an opportunity to visit Cleveland’s staple attraction, The Rock and Hall of Fame.

“I’ve been to Cleveland before. The Lion King was here around this time two years ago in 2019. I got to do a lot of my exploring then. I was here with another show my first time in Cleveland, and I did a lot of exploring. Now, I’m just revisiting the places that I like,” she said.

Martina attended schools that focused on the arts from elementary grades through high school. The daughter of a pastor, she grew up singing and performing in plays in her church.

As for her first exposure to theater?

“My parents took me to my first Broadway show when I was four-years-old. We saw Sarafina! And, fun fact, some of the cast members from Sarafina! are also in Lion King now and I get to work with them. It came full circle,” Sykes said.

How cool is that!

Unlike many (most?) Broadway performers, Sykes, who definitely wanted to pursue the arts, did not have her eyes set on touring productions or even starring on Broadway upon her graduation from University of Florida. It was some good old family encouragement that took her down that path.

“My brother, who is a a Broadway performer, asked me to move to New York and try out for Broadway. And, I was like, ‘Absolutely not!’ That’s not what I went to college for. After a month of him asking me, I moved to New York and started auditioning for Broadway in 2014,” she said. “I was in Motown the Musical, the national tour, I had done regional tours and Cruise Ships prior to that. In 2016, I made my Broadway debut with Motown the Musical, then I joined The Lion King, in the role of Shenzi in September 2017.”

The COVID pandemic hit the entertainment industry the hardest of all. First to close; last to re-open. Sykes, like most performers and crew, were somewhat blindsided by the shut down.

“I think the more we kept pushing back, it did hurt, but I don’t think it would have hurt as much as it could have if we would have known up front,” she continued. “I think the very last time, they were like ‘We’re going to aim for Summer 2021, but we’re still not sure.’ That was around January of 2021, that’s when it kind of set in like, ‘Wow, this is next level. We’re really not going back to work. What am I going to do?’ We stopped getting paid back in April, so it’s like, OK. Healthcare? Employment? Granted, unemployment was great, but you’re still sitting on your hands. It’s like,’ What else can I do in terms of work.’ Just to be able to get out and do something. That’s when everything set in. It was a long time coming to that realization.“

Like everyone in the theater business, Martina, for one, can’t wait to be back doing what she loves!

“It’s really exciting because I can speak for myself, that I have not been onstage in a theater since March 12, 2020. To be back 18 months later, and to be with my cast is amazing. That’s one of the most important and amazing things is that I get to be back onstage with my cast, because that means that all of us made it. I’m sure we have known people who have lost someone to COVID, or have personally lost someone to COVID, but the fact that we can all come back together is a blessing within itself,” Martina reflects. “And, just to come back with a new outlook, all of us have learned so much during this time of COVID, coming back with a new outlook and perspective on what it is we do; how important our industry is to lifting the spirits of audience members. And, how important the story of the Lion King is, too. We are returning to the Pride Land, literally.!”

As for why Sykes says you should see her and the rest of the cast perform in Cleveland?

Outside of the theater, Martina operates a non-profit that brings light and hope to her native St. Petersburg, Florida. Appropriately named The HeART Mission, Sykes uses her artistic abilities to help the underserved.

“I host events to be able to help veterans, homeless, domestic abuse victims, foster children, sex-trafficking victims; pretty much anybody that’s in need. I go to different shelters and ask, ‘What is that you need? Do you need toiletries? Clothing? Food?’ Then we create a big day of community service. I still incorporate my art, so I’ll sing, or people from the shelter, they’ll get up and sing and we’ll have food catered to them,” Sykes explained. “I’ll set up gift bags or clothing based on size and colors. I host events two times per year. I’m just trying to do it on a bigger and better scale each and every year. My main goal is to be able to help people in crisis, whether they are a veteran or domestic abuse victim, or homeless, or Foster Children, people in crisis, for the rest of my life.”

The Lion King will have performances at Playhouse Square’s Keybank State Theatre from October 1 – October 15. Complete show information and a ticket purchase link can be found on our events calendar: RIGHT HERE!

All audience members must be fully vaccinated against COVID-19.