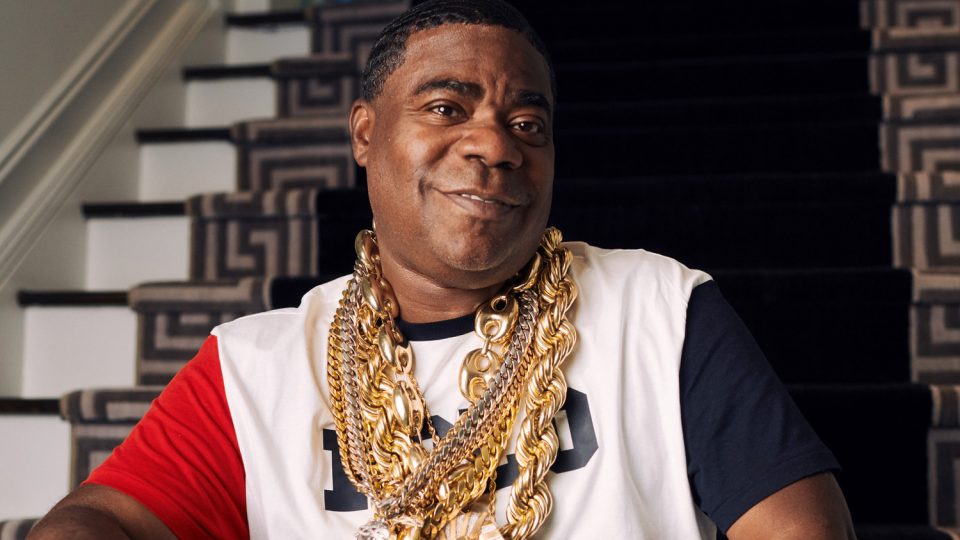 Actor. Comedian. All-around funnyman. Performer. Biggest personality in the room. THAT is Tracy Morgan. Known from his role on the NBC series Saturday Night Live (1996 – 2003) and for starring in 30 Rock (2006 – 2013), Morgan has continued to perform his stand-up routine for live audiences and just wrapped up production for the third season of The Last O.G., a series on TBS where Morgan plays Tray Barker, an ex-convict looking for redemption post-incarceration.

What can fans expect to see from Morgan at his upcoming live show at MGM Northfield Park on Saturday, February 29?

“The same thing they’ve been seeing,” Morgan said. “Funny, Funny, Funny. Interesting, interesting, interesting. I draw my material from life. That’s where I draw from. It’s what people can identify with and relate to. I talk about my everyday life. I’m everyday people. I just happen to be famous. My life is no more exciting than yours. God gave us all a sense of humor; I’m just more in touch with mine.“

That’s almost true. Except that it’s not even a little true. C’mon, Tracy! How can you say your life is equally as exciting to my day-to-day, cubicle-driven world and repeatedly having to write the same recycled stories of mid-level music acts on the verge of making it to the next level, or better yet, the good ole’ feature on the 90s burnout act on the comeback tour. (Who, by the way, couldn’t be happier to be free from the constraints of their major record deal!)

Excitement comes in many forms: Good, bad, or otherwise. Morgan, in addition to his beloved acting roles and acclaimed stand-up routines, has also seen his share of gloom. This article won’t go into details of any of his very public trials and tribulations (that’s what Google is for, kids), except I would have been remiss not to ask how a 2015 traffic accident that put him in a coma for two weeks (and very tragically took the lives of some of Morgan’s closest friends) affected him, personally and professionally:

“It made me funnier. I got more in touch with my sense of humor. It didn’t change me as a person,” Morgan reflected. “We all have horrific things happen to us, but I thank God that I’m here. I’d like to focus on that. That was five years ago. I like to focus on the future; my daughter. That’s what I’m here for.”

After nothing but short and textbook answers to the questions he was asked, this writer (accidentally) seemed to have struck a nerve. Morgan portrayed a character named Tracy Jordan on Tina Fey’s NBC hit show 30 Rock. Jordan was a funny, eccentric actor on a weekly late-night variety sketch show (TGS with Tracy Jordan) that filmed at NBC’s Studios at 30 Rockefeller Plaza. Sounds mildly-similar to himself, Tracy Morgan (one letter different spelling in his name), who also is a funny, eccentric actor who, earlier in his career acted on a late-night variety-sketch show (Saturday Night Live), which also happened to be filmed at 30 Rockefeller Plaza! Coincidences galore!

I wasn’t born yesterday. I’m well aware that Tracy Jordan’s diva-like goofy antics are at least to some extent, exaggerated in 30 Rock. At times, certainly, they are completely fictitious; a masterpiece of comedic genius Tina Fey’s artistic license.

Why Morgan was upset that this writer asked him about his character on the show and if he saw any similarities in his own life to the Tracy Jordan character is anyone’s guess!

“It’s not accurate at all! My life isn’t like that. My life isn’t a joke. I’m a real human being. That’s just part of my personality. That’s not me. That’s not who I am. My name is Tracy Morgan. I was born to Alicia Morgan and Jimmy Morgan. Tracy Jordan is a fictional character that I played. That’s it. That’s not me. So for you to say that, or for anyone to say that ‘that’s who he is,’ they don’t know me at all. People who know me know I’m nothing like that,” Morgan said firmly.

“You will not compare me to characters that I played on TV. That’s not fair. I’m much deeper than that,” he continued. “I don’t care what nobody says. I know who I am. I have knowledge of self. My daddy gave me that a long time ago. I’m a great actor. I’m a great performer and entertainer. For you to say that I’m Tracy Jordan, you really don’t know me! Guaranteed!”

Again, Dude, I never said you WERE Tracy Jordan. I only asked about the obvious parallels.

Does Tracy prefer playing different types of characters, such as Tray Barker, the character he currently plays on The Last O.G.?

“No. I enjoy playing the characters I haven’t played yet. I won’t be pigeonholed. Those are just things that will be part of my career when it’s over. I’m well rounded,” Morgan said.

Speaking of The Last O.G. What can Tracy say about the show’s upcoming third season. (Spoiler alert: Not much!)

When asked to pinpoint a highlight from his adventurous life as a performer:

“My whole career. I can’t take one positive moment. I can’t single anything out. I enjoy the good, bad, and the ugly. It all contributed to who I am,” Morgan replied. “How could I pick just one? I’m only 51. I have so much more to come.”

Morgan followed that comment by breaking into song, crooning Frank Sinatra’s “The Best Is Yet to Come.”

“The best is yet to come and it’s going to be fine,” he sang. (Slightly misquoting the lyrics, mind you.)

Now that The Last O.G. has wrapped up filming season three and only a handful of live performances on the books, what does the near future hold for Tracy?

We’ll have to wait and see…He just kept singing Sinatra. “The best is yet to come and it’s going to be fine.”