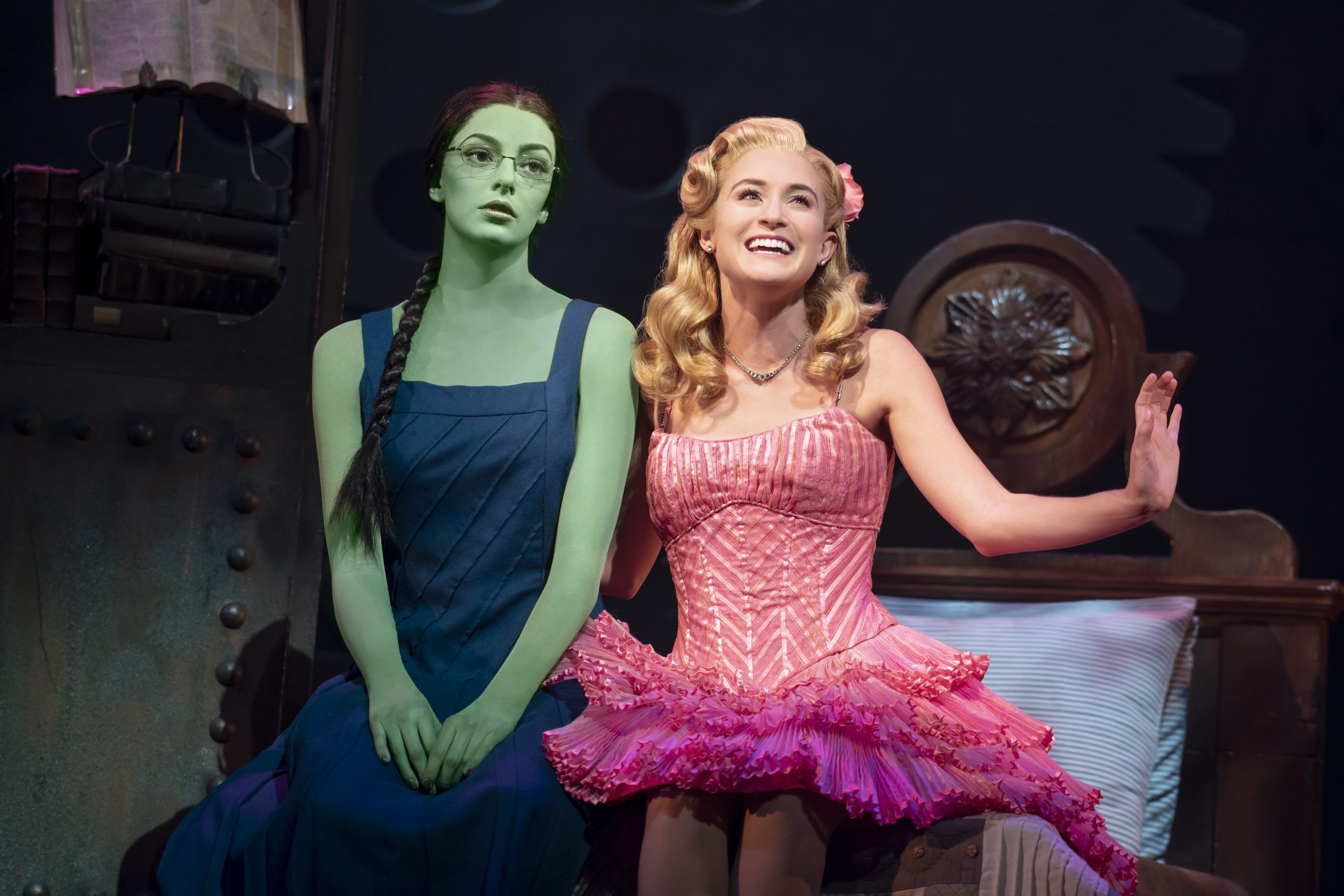 “So much happened before Dorothy dropped in..”

The popular tagline of the phenomenal Broadway show, ‘Wicked,’ accurately describes the glimpse theater-goers are given into the backstory of the 1939 film classic, ‘The Wizard of Oz.’ Although not a true prequel by definition, the show gives one a unique look into what happened prior to a tornado sweeping through Kansas and landing Dorothy in the Land of Oz.

Just like so much happened in Oz before the arrival of Dorothy, so much happened with the production of Wicked before it arrived at Cleveland’s Playhouse Square. Now making its sixth appearance, beginning with a 2006 run on the national tour debut, ‘Wicked’ was one of the most buzzed-about Broadway shows at its inception. The show is based on the book by Winnie Holzman and features the music and lyrics composed by Stephen Schwartz. It was initially met with lukewarm receptions from critics (what the heck do we know, anyway?), but fans raved about the show. It quickly became the hottest ticket in New York City with tens of thousands flocking in from every coast to see the show, which featured Broadway legends Idina Menzel (Elphaba) and Kristin Chenoweth (Glinda) along with Joel Grey (The Wizard) in the original cast.

‘Wicked’ is already the second-highest-grossing production in the history of Broadway (over 1.3 billion dollars, but who is counting?), surpassing Andrew Lloyd Webber’s ‘Phantom of the Opera’ (despite opening 15 years later) and trailing only Disney’s ‘The Lion King.’ The show also took home three Tony Awards.

Clevelanders still come out in droves to see ‘Wicked.’ Additional weekday matinees and rare Monday shows are scheduled on this run to accommodate the widespread ticket demand. Pretty impressive during a pandemic!

Before the green antagonist who shouted “I’ll get you, my pretty, and your little dog, too,” was The Wicked Witch of the West, she was Elphaba (Talia Suskauer), the misunderstood daughter of the Governor of Munchkinland, who possessed inexplicable magical abilities. When she and her sister enroll in Shiz University, she becomes an outcast because of her appearance.

In Suskauer’s standout performance of “The Wizard and I,” Elphaba belts out her dreams of meeting the Wizard of Oz. (Oh, the spoilers I could give! I’ll exercise tasteful restraint for those who scraped what’s left of their expendable holiday cash to see the show this run.)

Whilst at University, Elphaba is forced to room with Glinda (Allison Bailey) the pretty, prissy, and popular girl; the polar opposite of herself. The two venture on the classic story of enemies turned friends, going from singing about loathing each other (“What Is This Feeling?”) to Glinda helping Elphaba become better liked. (“Popular”).

After meeting the stunningly charismatic and handsome Fiyero (Jordan Litz), who definitely stops the show with his song “Dancing Through Life,” Elphaba’s magical abilities finally catch the eye of the Great and Powerful Wizard of Oz and her and Glinda set off to the Emerald City. Unfortunately for them, the duo learns the Wizard is not as wonderful as he seems, and chaos quickly unfolds.

Suskauer, with an assist from Bailey and the chorus, brought the house down to close Act I with her unforgettable performance of “Defying Gravity,” which was awarded a standing ovation from the audience at Playhouse Square.

Other highlights include Suskauer showcasing her pipes on “No Good Deed” and once again teaming with Bailey on “For Good.” The cast truly left everything on the stage. Everyone from lead actors to ensemble members gave this show 110%, convincing in their acting roles and more than competent in their vocal abilities.

Fair or not, theater performers oft have his or her abilities compared to those that have previously performed the same role. Menzel? Chenoweth? Good luck to all future Elphabas and Glindas. Even on a flying broom, that bar is a high one to cross! I have no idea what magic the casting directors used or what tornado delivered Susakeur and Bailey to the Wicked auditions, but my goodness, these gals have incredible voices.

The old cliche is that “a show is only as good as its leads.” Well….these leads are as good as it gets, folks.

Suskauer was phenomenal as Elphaba and watching her evolve from a shy character to a wicked witch on stage was such a treat. Words fail me to adequately praise her vocal range.

Bailey, of course, was a treat to watch as well. The energy she brought was fun (and, at times, exhausting), as she squealed with joy and belted out songs, hitting high notes I didn’t even know were possible to achieve. She captured the fun of her character as she evolved throughout the story.

The show moves through the story of wickedness quickly, with lots of fun references to “brainless” and “cowardly” characters that we know and love from ‘The Wizard of Oz.’ The show ties the two stories together in a fun and charming way, with many moments that brought back the nostalgia of the original story.

Much like The Wizard of the Oz, Wicked has stood the test of time. (Thus far, anyway! Check back in 2085 to see if ‘Wicked’ still graces the Playhouse Square marquee!)

Popular? Wicked awesome? A show that defies gravity? Apply whichever silly pun you would like.

What Does An Inch Matter?