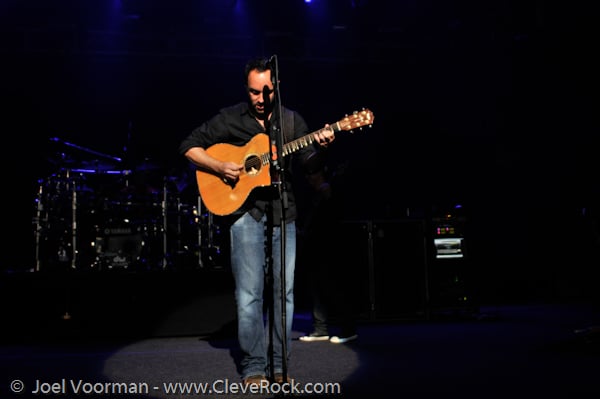 Nothing is sillier than voting for a political candidate based on a celebrity endorsement. Unless, of course, the candidate is Dennis Kucinich, the celebrity is Dave Matthews, and said celebrity is stepping away from the typical ~20,000+ capacity crowds to play the intimate Agora Theatre in Cleveland on Friday, April 20. Hey, Dennis! Here’s some money. Here’s a vote while we’re at it. Need anything else, Mr. Kucinich? Just holler.

All kidding aside, Dave Matthews IS, in fact, making his way to The Agora two weeks from today to perform a fundraiser for gubernatorial candidate Dennis Kucinich. The Agora can hold about 10% of the fans that a typical venue can hold, so tickets will likely go close to instantly. Ticket prices range from $100 – $150. Tickets are available at 12:00 NOON TODAY via this webpage. Anyone interested meeting and mingling with Dave & Dennis while enjoying catering from Town Hall and Rebol can email hospitality@kucinich.com. No specifics were given on price, but it is mentioned that the packages are limited and available to “larger donors.”

Dave and Dennis first connected at Farm Aid in 2003. Since then, they have collaborated on farmer-friendly initiatives including regenerative agriculture and “carbon farming” as a climate change solution. Matthews’ bandmate and frequent collaborator Tim Reynolds spoke with CleveRock.com about a solo show of his own in 2016, where he sang Kucinich’s praises for his efforts to mobilize veterans to Standing Rock to protect rights of indigenous people and water protection.

Kucinich, the former mayor of Cleveland (1977-1979), former U.S. Representative from Ohio (1997-2013) and a two-time presidential candidate, has seen a strong polling in the Democratic primary thus far.

Jared Leto of Thirty Seconds to Mars visits Rock Hall in his tour of ‘America!’