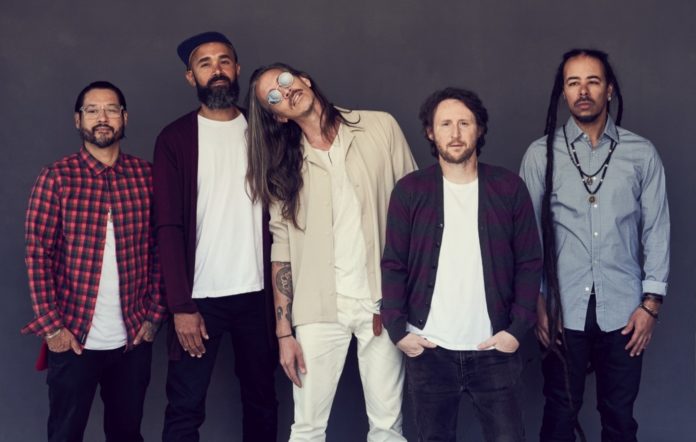 After an unplanned hiatus, Incubus is ready to return in 2022 for a US tour with special guest Sublime With Rome, which will include a stop at Blossom Music Center on August 9.

Without a new record to support, expect Incubus to dig deep into their vast catalog; perhaps even a “great hits” show of sorts(?) No setlists are out yet, so only time will tell what tricks the band has up its sleeve.

Ahead of the show, CleveRock spoke with bassist Ben Kenney about the upcoming tour and the band’s decision to opt for large amphitheaters versus returning to smaller venues this time around after opting for the 2500-capacity Akron Civic Theatre their last time in Northeast Ohio.

“We’re really not too complex with it in the summer. We play outdoor amphitheaters and we are fortunate enough to be able to do that. We’ve been able to do it for a long time. Hopefully, we stay able to do it for a while,” Kenney said. “It just works. For us, playing those songs outside in the summertime feels natural. Not in the wintertime. It’s too cold.  But, it would be cool to do a club tour for the sake of intimacy.”

Incubus’ large catalog of eight studio albums, with the band’s most commercially successful art found over three studio albums in a five-year span (1999’s ‘Make Yourself,’ 2001’s ‘Morning View,’ and 2004’s ‘A Crow Left of the Murder’), makes it tough to narrow down a setlist. Hell, the band couldn’t even pack all 26 singles they have released without playing past curfew. Luckily, with no new LP to support since 2017’s ‘8,’ the group has a little more freedom. Kenney was asked how the band will go about selecting the songs that make the cut this tour.

“I think if you ask each guy you’d get five different answers,” he said with a laugh. “For me, I really was excited about the EP that we released in 2020 [‘Trust Fall (Side B)’] and we had planned on touring for that EP and we had a great time writing the songs and were in love with what we made. We didn’t get to do that tour. For me, this is finally getting to get out and do that tour. It’s so confusing now. Everything is so…I don’t even know what the right words to use are…but things aren’t as clear-cut as they were. For me, it’s the tour for the EP, but also, it’s just time to go tour! It’s how we make a living and how we like to spend our time. It’s time to go! I can’t wait.“

When asked if the band will vary the setlists from night to night for fans attending more than one show this tour:

“I think there will be some variations. When we get bored, we’ll move stuff around to keep it fresh and exciting,” Kenney revealed. “There’s a lot of stuff, at least from my perspective, that straight up works. We like to play the songs that get everybody rocking at once. There are some songs that we are always going to play. We’re always going to play ‘Drive’ and ‘Wish You Were Here.’ We get our enjoyment of putting some songs in there for us to dig up, unearth, and rework.”

Incubus recently celebrated the 20th anniversary of their 2x Platinum album, ‘Morning View’ by live streaming a performance of the entire album and broadcasting it from Malibu, California in the same location the album was recorded. Fans were able to buy tickets to the entirely virtual event through music streaming provider Veeps.com.

“That went really well! It was fun to sit down and made adjustments and changes to some of the songs. We tried not to be too heavy-handed with it because we can be, we can really get carried away because we love remixing things,” Kenney said. “It was a really cool project to do because of the confides and the focus.”

Many artists, especially in recent years, have done abridged tours celebrating album milestones by playing entire records from start to finish (usually followed by a greatest hits set). After the successful ‘Morning View’ stream, Kenney was asked if Incubus would try its hand at one of these tours.

“I don’t know if we’re going to do it with ‘A Crow, Left of the Murder..’ that’s a hard record to play. We had a lot of spunk back then. It will be 20 years [anniversary] next year for that,” he said. “We’re always directing different ideas on how to keep it fun. I have no idea what we’re going to come up with next.”

Apologies to the dead horse that’s about to get beat. Interviews are starting to feel like Groundhog Day with the obligatory, “How did it feel to take the stage for the first time post-Covid’ question. Nonetheless….Kenney was polled on this topic, too.

“We did two different concerts from Madrid. We haven’t got to play Spain a lot, just once or twice in the past 10 years. The shows were insane. The first night we played at a club that we had played before and people were going off like it was the last concert on earth,” he recalls. “Then we played a huge festival with Muse and Hive and there must have been 45-50,000 people there. Everyone was just bringing it. The crowd was ready for a concert. It was so encouraging and so exciting. Our shows are really fun and really high-energy. As much as we are itching to get out of the house and go do our thing, something tells me that the audience wants to get out of the house and do that thing, too. I’m trying to not get too excited as someone can get sick at any moment, but I can’t help but think that something special is going to happen.”

Incubus has been a pioneer with a great new technology called MixHalo. It allows fans a unique experience to wear earbuds/headphones and listen directly not only to the soundboard mix directly but also to the mix that each individual band member hears in his monitor by selecting their choice from an app. Available exclusively in VIP packages thus far, MixHalo should soon be available to common concert attendees in the near future.

“It’s a staple in our shows. [Guitarist] Mike [Einziger] is going to make sure that it is up and running where we play. It’s been successful for us as far as I can tell,” Kenney said. “Everyone that’s used it has enjoyed it when it works 100%. It’s still in beta mode at times when they roll out new features. We end up being guinea pigs for a lot of stuff. We have it dialed right now.”

Lastly, this writer had to throw in a selfish question. Kenney was part of a supergroup called Time Lapse Consortium that existed only in 2003 before disbanding so members could work on their other respective projects. The group featured fellow Incubus members, guitarist Mike Einziger and drummer José Pasillas, alongside Neal Evans and Suzie Katayama. The group played only a handful of live shows and released one live album. Yes, it’s been nearly 20 years since there was any activity, but is there any hope of a TLC revival?

“Yeah, I would expect at some point or another,” Kenney teased. “I know that I still talk to Neal Evans just about at least once a day, if not a couple of times per day. We have a meme chain going back and forth. We’re all still tight and I’m confident that something is going to happen at some point. If everybody wanted to do it next weekend, I’d be there.”

INCUBUS WILL PERFORM AT BLOSSOM MUSIC CENTER ON AUGUST 9 WITH SPECIAL GUEST SUBLIME WITH ROME. COMPLETE SHOW AND TICKET INFORMATION CAN BE FOUND ON OUR CALENDAR: RIGHT HERE!