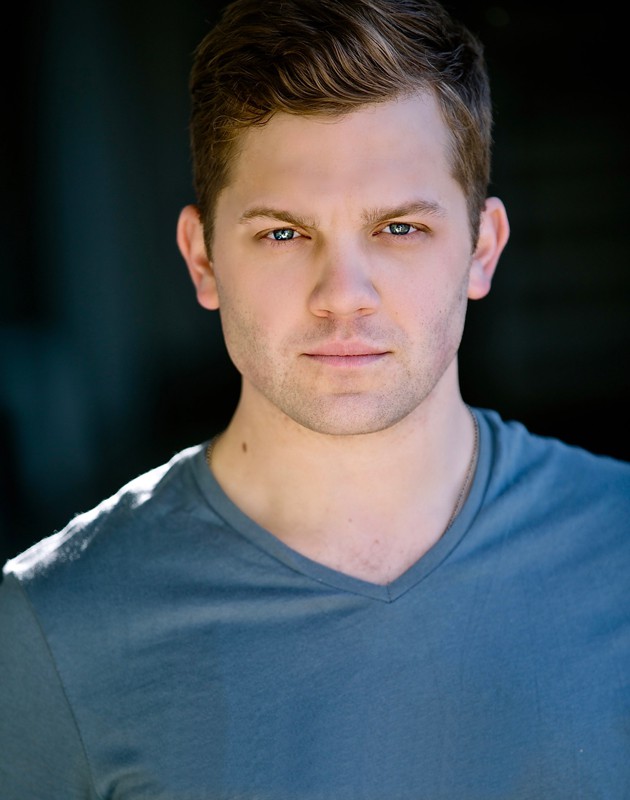 The Four Seasons may not have gotten their start in Cleveland, but they did end up here, at the Rock and Roll Hall of Fame that is! Frankie Valli and the Four Seasons were inducted into the Rock Hall in 1990, and for 15 years the world was without. Enter, “Jersey Boys.’

Jersey Boys only recently ended it’s rein on Broadway three years ago where it had a 12-year run. There have been several touring performances of Jersey Boys of the years and hasn’t been back in Cleveland since 2016.

The lead of Jersey Boys and The Four Seasons is Frankie Valli. Frankie on this tour is being embodied by Ohio native Jon Hacker. Jon, who is a Jersey Boys veteran, ended the Broadway run as Joey is now taking the helm as Frankie Valli.

We had the opportunity to chat with Jon and talk about this tour and his role on this your. Jon, who takes his responsibility seriously, had just gotten done with a vocal lesson when we spoke with him. Someone who could easily be giving a lesson in vocals too works hard to give us all the best performance that he can! Jon is from Cincinnati and it is with that that we’ll join in our conversation!

Cleverock : Can you tell us a little about the history of this show and your involvement?

Jon Hacker: The show is about the story of Frankie Valli and the Four Seasons. Four guys from New Jersey that grew up together and became one of the greatest rock bands of all time; they even made it to the Rock and Roll Hall of Fame. This show is basically their life story, it starts from the beginning on the streets of New Jersey all the way to the Rock and Roll Hall of Fame. You see the songs you love and you know, some songs you never really realized were Frankie Valli songs.

That’s so great! So I have to ask, does the play actually make mention directly of the Rock and Roll Hall of Fame?

For sure, there’s an entire section at the end of the show that was set where their producer and writing partner friend, Bob Crewe, announced them in the Rock and Roll Hall of Fame in 1990.

That’s so cool to have that honor just down the street from where you’ll be performing! So lets take a step back, what led you to get into acting and performing? What lead you to where you are now?

I grew up in Northern Cincinnati, Ohio. I started theatre kinda late, I always loved singing. I was always singing growing up, singing in choir and church. I didn’t start theatre till high school. When I was in choir someone asked if I wanted to be in the musical, then I found out you can sing while acting and I loved that idea from there I fell in love with it. I went to school for it and after that I went to college for it in Dayton, Ohio. I then immediately moved to New York City and auditioned and got in for the Newsies national tour, and from that I went on to Jersey Boys on Broadway and where we are now. I started late, most people in the theatre world start very young, I came to it kinda late as a singer who wanted to act.

I suppose to many in your profession that might feel late but what’s more is that you still went after it and clearly it’s paid off! So you’re a singer first with the love for acting?

With a show like Jersey Boys is so perfect for that because it’s not the normal musical style where you have a scene of dialog and then a song, this show is basically a concert. We call it a play with music because you have the story then you play a song from Frankie Valli and the Four Seasons.

Which has to be pretty great! Speaking of concert, I have been told that this play is broken up into actually four seasons of time, how clever. Is this true?

Yes, it’s so amazing how the show is set up, our writers and our director had this great idea about doing the Four Seasons like four separate seasons. So we start out with Spring and Tommy Devito starts off and then you go to Bob Gaudio is our Summer, then Nick Massi is our Autumn, and Frankie Valli, who I play, is winter. What they did with the lighting and the costumes really brings out the colors. So you feel like your in Spring when Tommy Devito is the main focus. You feel like your in Autumn when you see the autumnal colors. It’s truly fantastic what the designers did with the show.

We can’t wait to see it that does sound really fascinating! You mention the elaborate design of this show. You are in the unique position to have been in the on Broadway and off-Broadway performance of Jersey Boys and playing two separate characters. Are there any significant differences to the touring version?

Not really, the Broadway version of the show closed in January of 2017 and after that they pretty much remounted the show to make is fit in smaller theatres. The original show was a big grand show and could only seat 2,500. They wanted to reach out to other markets so what they did was reworked the set and reworked some of the casting and it really is the same exact show. I feel every night the same way I did on Broadway. There’s some differences but very small differences like one table instead of two, but besides that it’s the same exact show. I think that our producers and creative team, Bob Gaudio insisted in that said that they wanted the same exact show and just wanted to reach out to different markets.

I think that people that were fortunate enough to catch it on Broadway will appreciate how close to the original it is when they see it as it travels.

I’ve had people come up to me that have seen the Broadway show say that ‘This is just as good as the Broadway way production.’ I think it shows just from the creative team and the producers, it shows that they put time and effort and they didn’t want to go ‘oh here you go just do it like this.’ They really took their time because they love this project so much.

It seems like the only thing left to do is just see Jersey Boys!

I know for just being in the show I’m such an advocate for the show. But when I first saw the show before I was in it, it was really just amazing. It just defines taking a story of a Rock and Roll artists that you know the music and not only taking that but also putting their story with their music on stage. I tell people “If you don’t like musical theatre like if your not a big fan of ‘Oklahoma’ or some of those old musicals. I think Jersey Boys is a perfect introduction into musical theatre. It was just so well done I thought that before I was even in the show.”

The songs are so recognizable. Even if someone is new into musical theatre this performance will obviously let them have something to take and enjoy, even outside of the story as it’s built around the music.

Exactly, I was having a conversation with someone at the theatre the other day and they asked “Why do you think this show is so timeless?” I said “Because every night of the show I’ll have someone come up to me and say ‘Can’t Take My Eyes Off Of You’ that song reminds me of when I had my first dance with my husband on our wedding night.” And that’s why I believe it’s so timeless every single song brings emotion from that time in their lives back to them and I love that. I believe other musicals have that as well but this generation grew up with this music and now their seeing this music with the story is truly amazing bringing back people to a time in their lives where they enjoyed the songs.

Is there anything else about the production you’d like to mention? Anything we want to look forward to specifically?

I think this show for anyone who has seen it they will see something new every time they see it. We have a great new group of people the show is timeless. If you haven’t seen the show before it’s a great introduction into musical theatre and if you just want an amazing show, there’s some great music and have a great time, two and a half hours you’ll really enjoy the show.

Said so perfectly. One last comment, I think it’s cool how when I called while you were just ending a vocal lesson. What do you do to maintain your voice and not over exert yourself with so many shows a week?

I have my voice lesson every week, I have my personal vocal trainer that I travel around with. People ask how I keep the voice going, I just have to keep hydrated I drink lots and lots of tea, I get a lot of rest. After the show some of us might want to grab some drinks but if I’m not feeling the best I’ll call it a night. In the show Frankie Valli sings 27 songs and all in the falsetto so I really have to take care of myself I really have to have these voice lessons.

Jon, thank you! It’s been great talking to you today. We look forward to seeing you and Jersey Boys down at the Connor Palace Theatre as you and the cast are perform from January 21st through January 26th! Don’t forget to stop by the Rock Hall and visit your guys!

We are going to stop by the Rock Hall for sure! Thank you! Enjoy the show!

Jersey Boys is running from January 21st through January 26th. Tickets are available down below.