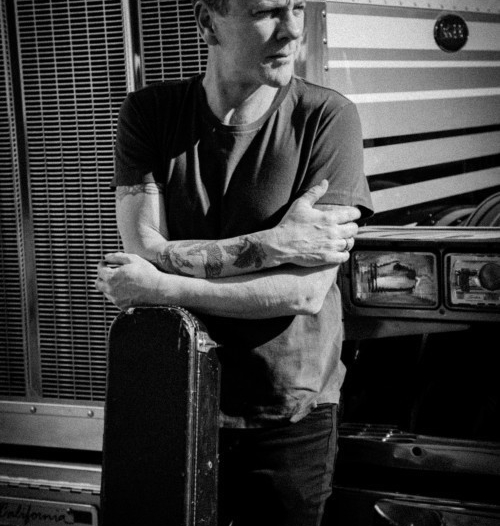 Jack Bauer spent years making terrorists sing confessions after some harsh interrogations. Now, the actor that portrayed Bauer is doing some singing of his own. Country music tunes, to be precise. That’s right, actor Kiefer Sutherland, best known for his roles in television’s 24 and films including Stand By Me and The Lost Boys is releasing his debut album, ‘Down In A Hole’ later this year. He is on the road in advance of the record’s release, including a stop at the Grog Shop in Cleveland Heights on Tuesday, April 19.

While many actors have failed at crossing over to music (and vice versa), Sutherland hopes to follow more in the paths of critically acclaimed Kevin Bacon and Grammy winner Steve Martin instead of train wrecks such as Robert Downey Jr. and Steven Seagal.

Kiefer did some test runs in California before embarking on his nationwide tour and cannot think of anything more thrilling than performing his original music live.

“It’s made me feel as alive as I’ve ever felt as a performer; as an actor,” Sutherland said in a recent phone interview. “The audiences that we have played to so far have been incredibly receptive. I’m incredibly grateful for that. For me, as a performer it has been an incredibly formative and exciting time because it is so much more of a visceral and immediate experience.”

While he has done some live acting on Broadway, playing a character onstage in a controlled environment does not compare to playing self-crafted music in an intimate club.

“There’s unspoken rules between actors and the audience in a theater. That doesn’t exist when you’re playing music. You’re encouraged to cheer, you’re encouraged to yell, you’re encouraged to speak your mind,” he explains. “I have to be honest, the first few time that I went to play a few years ago were probably some of the scariest moments that I ever had. I realized what kind of a commitment it was to put yourself in such a vulnerable position.”

His reasons for feeling vulnerable? Simple: “It’s the closest thing I’ve ever had to a journal or diary. All of these songs are pulled from my own personal experiences. There is something very satisfying about being able to look back on my own life, good times and bad, and express those sentiments in music,” Sutherland said.

Kiefer’s love of music and desire to be involved professionally is far from new. During the interview, Sutherland said that he started writing songs in his mid-teens. In 2002, Sutherland, along with friend Jude Cole formed the now defunct indie record label Ironworks Music, whose roster included Lifehouse, Rocco DeLuca, and honeyhoney. Lifehouse found a great deal of mainstream success, honeyhoney (fronted by Cleveland native Suzanne Santo) is still going strong, and Rocco DeLuca hired Sutherland to be his tour manager during a European run in 2006 (which was filmed and released as a documentary titled I Trust You to Kill Me.)

When questioned if he was itching to be the writer and performer while working behind the scenes, Kiefer insists that was not the plan at the time. ” When I was doing Ironworks, this was the furthest thing from my mind. I was really focused on what we were doing. We had one kind of goal as a label: to help these great artists book a tour and get great records out,” he said. “I was so impressed by the artists that we got and I was so amazed that these artists weren’t being signed by major labels. I was really focused on that.”

In fact, Sutherland says that his goal was to simply shop some of the songs he wrote to other artists. “When I sat down with Jude Cole at what ended up being the beginning of the making of this record, my goal was to record three or four songs and send them to BMI and see if any of their artists would like to record them. Jude really liked the way they sounded and thought that I should do them. The album kind of organically came out of that.”

But there is a direct relation between his time behind the scenes and his new role as the singer/songwriter.

“Everything I learned during that ten year period, whether it was watching Rocco DeLuca write a song or figure out a guitar part, Jude Cole and Suzanne from honeyhoney writing a song… Being able to watch all of these people, I would be lying if I said that I wasn’t thinking, ‘that would be a fun way to go about structuring a song,'” Sutherland said. “At night, I would go back to my house and I would try to apply that to a song I was working on. The songwriting that you are hearing on these records is definitely impacted from my time at Ironworks.”

Kiefer insists his goals are not to sell out arenas or make platinum records, just to write music that tells his stories and play to clubs full of people who enjoy hearing it. With a new series airing on ABC, Designated Survivor, where Sutherland will play the President of the United States, the jury is out on how much time he will be able to carve out for his music endeavors. Then again, with his record released still pending, the jury is out on how well his music will be received.

Want a seat on the jury? Come out to the Grog Shop in Cleveland Heights on Tuesday, April 19 at 8:30pm. Complete details and ticket information can be found on our events calendar, RIGHT HERE!