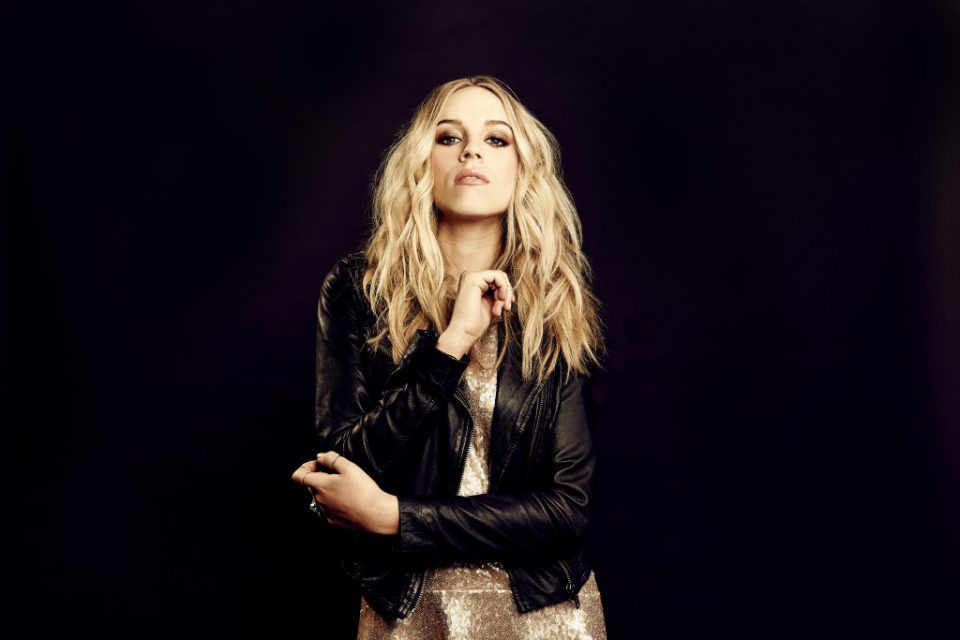 When Dwight Yoakam graces the Hard Rock Rocksino stage on January 28, he’ll have a special up-and-coming songstress in tow. 24-year-old Logan Brill, a Knoxville bred, Nashville based country singer will open the show, marking her first appearance in the Greater Cleveland area. While this will be her only date with Yoakam on his current tour, it tallies her third time performing with him early on her career.

Logan’s voice and music can be filed more so under “modern country” than the old-school twangy sound.

“I draw from a lot of the oldies. My voice has been compared to Bonnie Raitt a lot. She is a huge influence for me,” she explains during a January 6 phone interview.  “Currently, I have been compared to Brandy Clark, but it’s hard to say. I’m trying to do my own thing in the contemporary scene.”

In our conversation, Brill comes across as having the confidence of an industry veteran. She may be only four years along in her professional music journey, but she is no stranger to the spotlight.

“I do so many different opening slots.  I’ve been really fortunate to bounce around with Dwight and Merle [Haggard], I’ve been with The Band Perry, Josh Turner, and all these artists that have all kinds of different audiences,” she said.

Brill has also performed at MerleFest in North Carolina and StageCoach Festival in California.

While fans of some genres are notorious for late arriving crowds who seem genuinely disinterested in checking out support acts, Logan feels that her niche market is quite the opposite.

“Country fans are a different breed of fans, which is partially why I love being involved with country music,”  she explains. “I think country fans are always looking for new artists to latch on to, which is great for newer artists like myself. I think it’s more of a tight knit community, that when they go see an artist that they love, they want to see who that artist brings along with them. It definitely benefits me as an up-and-coming artist, to be able to open for somebody that I respect and who I know is going to bring a great crowd and, hopefully come out early enough to catch my set.”

On the flip-side, Brill is cognizant of the reality that most people coming out to see Dwight Yoakam’s set are unfamiliar with her music.

“I have got used to making my setlist and making my shows appropriate for audiences that have never heard me before. I’ve become a well-oiled machine at introducing myself to a new crowd and giving them a taste of who I am as a new artist. I learned how to pack a punch in that short amount of time,” Logan said. “It makes me even more eager to prove myself at every show and put on the best show that I can, every single time. That’s what makes it fun.”

Brill released her debut recording, ‘Walking Wires’ in 2013. Behind the strengths of tracks “No Such Thing as Ghots” and “Rewind,” the album received high praise from CMA Closeup and Country Weekly, while The Nashville Sound rated ‘Walking Wires’ as its sixth best album of the year.

“It was a Total confidence booster,” Logan said of the accolades. “I was overwhelmed, really. When you put out a first record, it’s terrifying, like a step off of a cliff, because I spent so many years mentally preparing for that moment when I was actually going to do a full length record and make it what I wanted to make it. To get feedback like that was really encouraging and it helped me prepare for the second record and launch me off in the right direction.”

The right direction, indeed. Brill showed significant growth on her sophomore effort, ‘Shuteye’ (06.02.15; Carnival). Logan sounded giddy as she explained that David Nail and Charlie Worsham worked with her on the album. She kept in mind that she wanted the tracks on ‘Shuteye’ to translate well to a live setting.

“I think the first record taught me a whole lot about how to tour and what kind of songs really resonate with an audience,” she said. “I took that and ran with it on the second record and said, ‘here are the things I need for a live show.’ I love shows that are super high energy and fun to play. But, I’m also a ballad lover. Those are some of my favorite songs. I like the depressing songs that make you want to drink a bottle of whiskey in your house, by yourself. I really wanted to, on my second album, weight it with songs that are a little more high energy. Touring throughout 2015, it taught me what I really need to do to entertain and to really bring energy, but still keep that important song content, which is really what I live for.”

When questioned about 2015 highlights, Brill reminisced about opening for big name country stars and her festival appearances, but when pressed to pick a single favorite accomplishment, she said:

“Definitely one that comes to mind is playing the Opry for the first time. I had 90 something family members coming out of the woodwork to come to the show, which was a really big thing for me.”

And, as far as the year head, Logan’s plans include, “just to keep touring and hoping to stack the summer with some new festivals and stay busy out on the road. Hopefully, towards the fall of next year, I can hoard myself away and work on a new album. It feels like the last one just came out, but there is so much prep work that goes into making an album. The writing, finding the right team to play on it and the right producer, and I’m already in the process of that.”

Logan Brill will perform at the Hard Rock Rocksino on January 28 as the opening act for Dwight Yoakam. Click here for complete show information and ticket details!