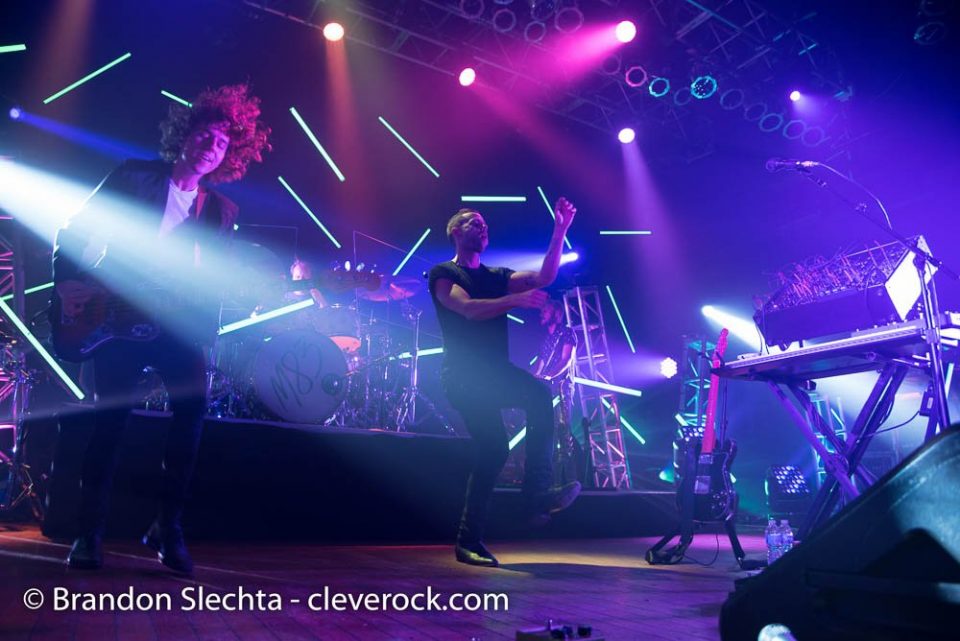 With the Cavs playing their first home game of the NBA Finals last night, one would think the whole city would be out watching the game. However, a select group of loyal M83 fans spent their night packed in the House of Blues for an unforgettable evening of music.

M83 is on tour promoting their latest album, ‘Junk’ and, much like the Cavs, the band definitely brought their ‘A’ game to Cleveland on this night, making concert goers equally as victorious as the boys in wine & gold.

From the moment they took the stage to the opening beats of “Reunion” through the last slow chords of “Lower Your Eyelids to Die with the Sun,” M83 had everyone’s attention. Not only did they sound incredible, but the energy each member had on stage was captivating. Mixing in a mesmerizing light show as the second ingredient completed the recipe for an unforgettable evening.

Even though the French synthpop group just released a new album, they made sure to please fans both old and new throughout the night. On ‘Junk,’  the band experimented with a slightly new sound, while at the same time, staying true to their classic and unique style. Favorites performed from ‘Junk’ included the two singles “Do It, Try It” and “Go!” as well as the smooth jazz vibe of “Walkway Blues.”

Their set list also heavily featured songs from ‘Hurry Up, We’re Dreaming’ (2011) arguably the band’s most popular album to date. Of course, fans went absolutely bananas during “Midnight City,” but I think it is safe to say a few tears were probably shed during “Wait,” by far the most somber song of the night.

One personal observation that puzzled me, the band barely spoke throughout the night, and though their multiple “thank you” banters were clearly full of gratitude, very few words were spoken between songs. Perhaps this is because everything they wanted to say was said in their music?

The energy they carried on stage just radiated through each song out to the audience, so no clever stories and witty stage banter were needed to get the audience more involved. The music said it all. It was the first show I’d been to in a long time where my view wasn’t perpetually blocked by cell phones the entire show, and that says a lot.

It’s here! The Phantom of the Opera!