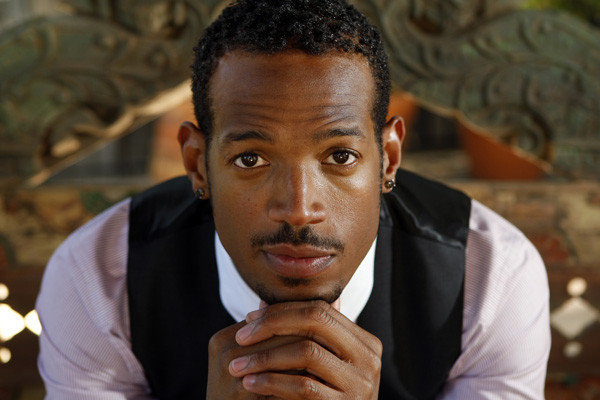 Marlon Wayans, the actor, producer, screenwriter, television series star, and, as he will present himself in North East Ohio on February 5, stand-up comic, has had one helluva career.

Highlights for Mr. Wayans include starring alongside his brother, Shawn, in the WB comedy series The Wayans Bros, along with  comedic films that include Scary Movie, Scary Movie 2, White Chicks and, most recently, Fifty Shades of Black. Marlon also starred in a dramatic role in Requiem for a Dream (2000) and performs live shows both on his own and with his brother.

Wayans brings his talents to the Hard Rock Rocksino in Northfield, OH on February 5 (click here for complete show and ticket info). We spoke with Marlon about his stand-up comedy tour and asked him to compare it to his roles in film and television.

“It feels great. I get to hear immediate laughs. With movies, you have to wait a long time to hear laughs. It could be a year. With stand-up, you just do it and before you know it, you are hearing laughs right away,” he says. “I don’t know what I’m going to do from night to night. I just see what happens. I go to some weird place; some fun places; it’s physical, insightful, and honest and crazy. It’s a little bit of everything.”

And, as far as performing as himself instead of in character, Marlon said, “I think I always put a little bit of me in every character. I’m not a guy who walks around the set all day in my character. To me, it’s all about the audience and the audience experience. I really love connecting with them.”

His new movie, Fifty Shades of Black (which opens on January 29) is Marlon’s brainchild.

“The idea for this one came about because I had seen all these women reading this book.  I’m just like, ‘what is this book!?’ They’re all curled up and getting hot and bothered and I’m just like, ‘what’s going on?” I wound up reading it, and I was like, ‘wow!’ I thought I might learn something, but he was doing basic stuff in bed. When I saw the movie my reaction was, ‘he’s not that good of a lover,'” Wayans explains. “Half of the stuff he was doing, I was like, ‘you can’t do that do a black woman.’  And, also, what if the female was empowered? What if she didn’t take it. What if it was more difficult than it was in the movie? They turned her into a submissive, and the hardest person to make submissive is a black woman.”

While Wayans specializes in spoof films and comedies, he occasionally departs from those roles to do more serious characters, most notable in the Requiem for a Dream.

“I just love acting. I don’t care what it is. I really love comedy and the challenge of comedy. I think it’s a lot harder than drama because I’ve tried them both. ‘Requiem’ was great, but I can’t say it was harder than doing comedy. It’s the same amount of work,” he says. “I really enjoy performing. That’s why I write and produce. That’s also why I love stand-up, because that’s an audience that I get to engage. It’s something I have to create in order for it to work, and that’s fine. I’m very happy with it.”

Marlon’s acting career is often a family affair. When asked about being “fortunate” enough to work with other Wayans members, he interrupted, “You call that fortunate? More like a curse!”

He later clarified, “I’m joking. I love my family. I have a great time working them. I think more families should work together because you have a much more important bond with each other. I enjoy working them.”

Of course, as a prominent African American entertainer, Marlon’s take on the lack of (and, by lack of, we mean complete absence) of non-white Oscar nominees was a point of curiosity.

Marlon Wayans will perform at the Hard Rock Rocksino in Northfield, OH on February 5. Complete show and ticket information can be found, RIGHT HERE!