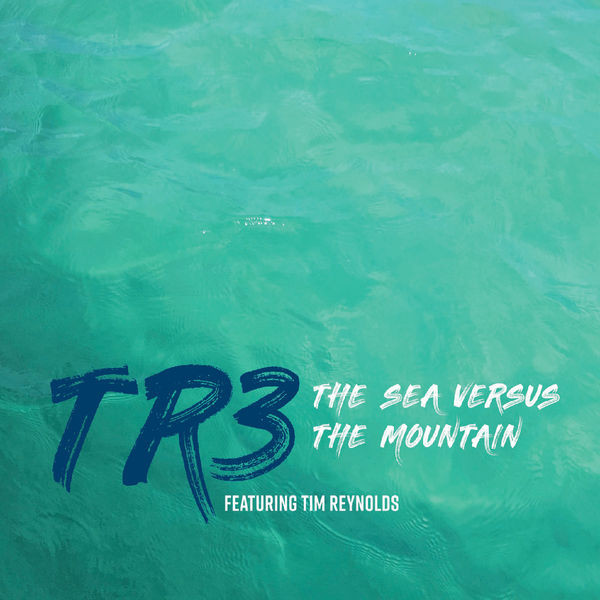 Tim Reynolds, best known as one-half of the duo of Dave Matthew & Tim Reynolds, followed by his role as lead guitarist for Dave Matthews Band, is one of the most underrated guitar virtuosos of his time.

Perhaps “underrated” isn’t COMPLETELY accurate. After all, it’s hard to call somebody currently nominated for potential Rock and Roll Hall of Fame induction underrated. And, Tim receives plenty of critical acclamation from Dave Matthews Band fans (who claim one of the biggest followings in the world).

Reynolds is currently on the road with his power trio, TR3, who will perform in neighboring Midwest markets next week: Pittsburgh, PA (12/17) and Columbus, OH (12/18).

As per usual with TR3, Reynolds is scaling back from his summer amphitheater runs with DMB to play intimate clubs. It’s a wonder the small rooms have enough square footage to contain all of the talent!

Reynolds wouldn’t have it any other way. The clubs are where he thrives. “I love playing the clubs. We always have a really good turnout and we’re just enjoying playing this music live,” he said in a recent phone interview with CleveRock.

TR3 is currently on the road in support of their 2019 record, ‘The Sea Versus the Mountain,’ arguably the trio’s (who also includes bassist Mick Vaughn and drummer Dan Martier) best work to date.

Reynolds tells us that TR3 will perform the new record in its entirety during the middle portion of the show, sandwiched in between covers, older tunes, and jams! “The middle hour we play the entire album just as it is; present it as a piece of work. It’s fun to do that every night,” Reynolds said. “It’s a unique listening experience. I think people appreciate it. We are selling a lot of vinyl. People who like music, basically, like to check it out. It’s fun to play the whole thing and say, ‘Oh, now you know exactly what the record sounds like!’“

It is without question a grueling schedule to work for one of the biggest road warriors in the business in Dave Matthews Band, who put on a marathon summer tour each year (save a recent year when Dave took only Tim across amphitheaters, leaving the rest of the band at home!) Seemingly, when not on the road with DMB or playing as a duo with Mr. Matthews, Tim is out on the road with TR3. It’s a wonder that Reynolds is able to find any time to write music, let alone find studio time to piece things together with Vaughn and Martier.

How does he manage?

“There are three levels of writing, as it were,” Reynolds explained:

“The simple thing is to jot down ideas on the phone; just musical things. After a while, I’ll collect a bunch of those and put them on a CD. I’ll start listening to that CD when I have time. The process goes on for a while. Once you listen to all of the things that you’ve recorded, your sifting through it by listening to it five or six times, the things that need to standout start to stand out,” he reveals. “Other things, it’s like, ‘That was a cool idea, but I don’t think that will be a good song.’ After a while, you start collecting things, then get rid of the things that aren’t as interesting. It takes a while.”

“The next phase is just kind of dwindling it down to what’s possible to work with,” he simplified.

“The final phase is just kind of learning it and arranging it,” Reynolds finished.

This all seems a tad too simple. Reynolds was asked to elaborate on the process:

“It does take time to do all the other parts. It’s easy to press record on the phone and record ideas. I have way too many. But that’s what’s cool because you need more than you’re going to use because three quarters are going to go away,” he continued. “But then there are certain standout things. This last record, I just collected things. It’s just something I’m really excited about, with the guitar tones and just a lot of the demos I made at home which were just basically guitar. I’ve been on the road so much this past year that I haven’t really collected all the things. One day I took out my notepad, I started notating things I wanted to record. I was thinking when I first listened to it, ‘That’s cool, but I’m going to write more stuff before taking a further look at it.’“

For the most recent record, in particular, Reynolds, Vaughn, and Martier attempted something different from their normal recording process.

“We didn’t rehearse most of it before we went in. We learned and recorded it in the studio, which is one of the coolest things I’ve ever done. To not play and record a bunch of music you already know; it takes time to have a couple of weeks to learn stuff and record it each day. That was the most fun I’ve ever had in the studio,” Reynolds said with excitement.

With two other incredibly talented musicians in the trio, this interviewer’s curiosity invoked the question about what role Vaughn and Martier have in the writing and recording process.

“Once we get together, I usually have an idea of what the drums and stuff will sound like. I’ve worked with Dan & Mick for so long. It sounds kind of weird, but we kind of really have a great working musical relationship where I can think of how it’s going to sound by having played with them so long. I already kind of know what it’s going to sound like if I have the music in my head and kind of start to arrange it. I bring it to them and we learn it and record it. Some of the songs have a little more space for spontaneous creativity. We lay down a rhythm track and maybe just start to mess with it, starting to add little things. That’s also what’s fun about going into the studio where you haven’t arranged every single part of the song, you kind of have an idea and then you start to record, and while you’re recording it, you get inspirations based on being there at the moment,” Reynolds explained. “Those kinds of things, together, make the recording process so much fun. Sometimes you go and you want to have everything learned so you can be quick about it. But if you have the chance, it’s fun to let the studio kind of help you decide how it turns out. I sort of have an engineer, who produced our record, Rob Evans, he’s got the gift of knowing what you want and bringing that about. If I need a suggestion, his suggestions are always spot on. It’s like, ‘That’s cool, I didn’t think of that.’ It’s great to have a working team to be a really well-oiled machine for doing this kind of stuff.”

‘The Sea Versus the Mountain’ is, to no surprise of anyone who follows Reynolds’ musical journey, multi-genre. Standout tracks on the record include: “I Want to Get With You” (which features trumpet from Rashawn Ross of DMB fame), the Jerry Cantrell-esque “Breathing Space,” the 11+ minute “Left Side of Darkness,” (with a cool outer-space vibe), and even a song with vocals, the thought-provoking, “666 (I have to Call My Boss).”

“Most of my records are like prog-rock a little bit, in a sense that prog-rock definitely uses a bunch of styles to make a musical statement. I’ve kind of internalized different genres. To me, it’s all just music. I don’t even think about it until after I write it I’ll say, ‘Oh, that sounds like that genre.’ It’s mostly the feeling that comes out when you write,” Reynolds says of his album’s diversity. “When you play the music, whatever the genre it is, it just kind of comes from the heart and you kind of make it happen. I don’t really think about the genre or style while I’m writing. It comes naturally. In the writing process, it’s more so communicating a feeling of the music or an idea that started the song or music to begin with.”

So, Reynolds must intentionally make his work diverse to appeal to a wide variety of audiences, yes?